Always working on something: myself and making. 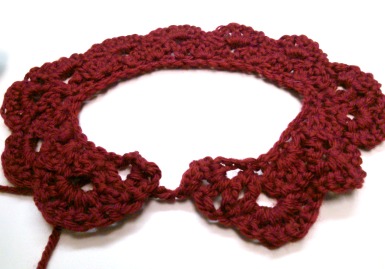 In last night’s session he – we’ll call him R. –  made the assertion that 1) scientific shouldn’t start with any hypothesis, and 2) scientists and explorers are different because explorers are willing to go out and discover totally new things – without maps even, whereas scientists only operate within the bounds of what they already know. Of course ill-informed opinion isn’t insufferable, it’s what fuels conversation and debate. The part that floored me came when I gently challenged his understanding of scientific discovery versus “exploration” and he looked directly at me and denied he had just made the previous statements.

And it’s not the first time R. has done that to me or someone else! Though he was so forceful about it that I had to sit back and review everything I had heard  in order to determine whether we were even speaking the same language – because how could I mishear so badly? But then I realized there was no point and just dropped out of the conversation. This is also not the first time that’s happened.

Now when he’s not gaslighting or just flat out telling people they are wrong, he spends the rest of class venting ill-informed opinions or talking about himself (we now know everything about him including his genealogical lineage going back 23 generations, no exaggeration).

Teachable moment? As much as I would like to simply gnash my teeth in frustration, I am using him as the model of “don’t want to be”.  Because I really don’t want people to roll their eyes or turn off when I open my mouth. Because I hope that as I get older (especially as I get older) my self-esteem can be greater not worse. So R. becomes a study – and instead of speaking out in class this semester I think I’ll be mostly observing (while formulating my ideas after class and having discussions over beers with the folks I actually enjoy).

On the making front: I have joined a challenge this month on Rav – which is 28 projects in 28 days. That is to work on 28 different projects over a 28 day period and take a photograph for each day that you do it. Note – that does not mean finish 28 projects, just start them (or finish works in progress). And large projects can be split up – but I am trying to stay as true to the intention as possible. I’m using it as a kick in the ass to start all the projects that have been sitting on the get-to list for months including

— you get the idea. There are endless ideas without the equivalent endless time – but getting started on things definitely helps to feel motivated around working them bit by bit.

Right now I’m working on the red-February cardigan as well as a dress that I started working on yesterday (it’s nearing the 50% finished mark). Hopefully I’ll have a photo of that later this week and I can start on the next dress in my fabric queue (the coreposis).

(One thing I’ve got my eye out for at the moment is a second-hand dressmaker’s dummy – size B (ready-made size 12 and up). I would really like to find something for about $100 – so if by some strange chance you have such a thing, are located in Vancouver or Victoria area, and wish to sell it please do let me know. )

Finished Module 2 of the @maiwaschooloftextiles #printandpaintwithnaturaldyes course last night. ⁠
Excitement in the dye studio this morning when I lifted these test pieces out of their pots and discovered how well the dye adhered to the painted and stamped mordant on the cotton fabric! Dyed with buckthorn (yellow) and cutch (brown) - I'll be interested to see what these look like when dry. On Sunday I plan to dye the "finished" pieces from this @maiwaschooloftextiles #printandpaintwithnaturaldyes module, which have been painted and stamped with mordant already... and will share more process pictures when I'm done!
Some of my printing blocks for Module 2 of the @maiwaschooloftextiles class I am taking. I am excited to show results after I have finished this process later this week! #maiwasupply #maiwaworkshop #maiwaschooloftextiles #printandpaintwithnaturaldyes #textileprocess #textilestudio
The canning kitchen is getting another workout today. This outdoor set up really was a fantastic investment, especially loving it on the mild fall days. #canningseason #foodpreserving #Canning #pressurecanning #foodsecurity #fillingthepantry
For the first time in three years I stepped into the Wall Street Zendo this morning. I showed up in person to practice with my #zencommunity and deliver a talk on what brought me to Zen practice. It was a deeply moving morning of reflection and kinship for me, a reminder of how much we need each other on our path through this lifetime. #zenbuddhism #spirituallife
Made myself a surface for textile printing as per the instructions from @maiwaschooloftextiles out of a piece of scrap plywood, an old yoga mat, some canvas that used to cover a futon, and an old bedsheet. Very happy with how it turned out. This is probably the last day it will be this clean.
This is the single full-sized plum that grew on my very young multi-grafted plum tree this year. It's a Brooks (a variety of prune plum) and I can attest that it was very tasty. ⁠
My pile of fabrics from Tuesday has been scoured, dried, ironed, and divided according to the course modules set out by @maiwaschooloftextiles. My weekend project is to build a printing surface out of some plywood and an old yoga mat! ⁠
Getting ready to scour all my fabric for the online course I am starting this week with @maiwaschooloftextiles. Soda ash and syntrapol in the washing machine on repeated agitate and soaking cycles should do it!
Last weekend I picked arbutus bark off the ground, and then I begged some calendula off a friend. Both are now soaking in apricot oil, with the intention of making some skin salve later this winter. ⁠
On Wednesday I signed up and paid for a week long meditation retreat with my sangha in November. This will be the first such silent retreat for me in three years (the last one being November of 2019 before the pandemic). I am nervous after such a long hiatus from intensive practice, but also looking forward to seeing that part of my community again so much - including Norman Fischer, the head teacher in the North American lineage of our branch of #sotozen. ⁠
September #fullmoon #hightide swim at #malaspinagalleries - cold at first but blissful after a swim across the bay and back with @flux_foto and @kravitzsharon
Join 378 other followers