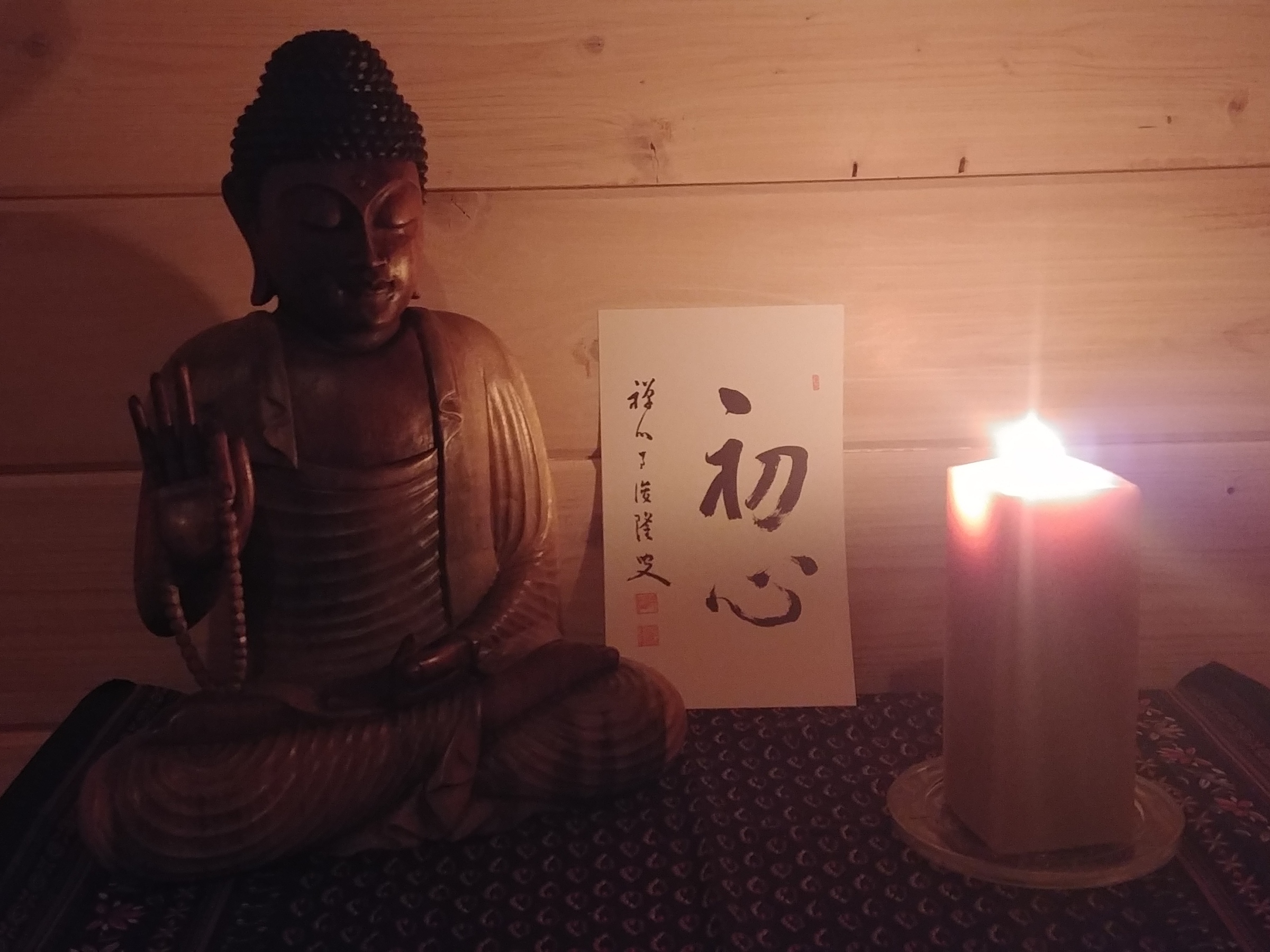 I’ve returned to the meditation bench since the new year. Not that I wasn’t sitting before, but for the last three months or so – it’s been erratic. This timed with the fact that I spent November and December in and out of a depressive state, something which makes it hard to motivate myself to anything. Exhaustion makes sitting still, staring at a wall, even less appealing than it sounds.

But I’ve had some rest, and during that depressive period I reflected on the burnout state I was in and why that had come to pass – and so I’ve re-set my priorities over the last few weeks and I am hopeful that I can keep some perspective on what is actually important versus what I tell myself is important (trying to do everything I am asked to do – for example – is not possible, nor is it rewarded).

Ironically, it was delivering workshops on mindfulness at work that tipped the balance. My job is intensely demanding most days, and on top of that I’m the president of my union local of 550 members which is like having another full time job I don’t get paid for. I’m not sure how I thought I could add more workplace activities into my life (or even why I should), but I did last May and since then have done about eight deliveries of material that I wrote and revised for each group I delivered to. While the work was well received, it took a toll on my own mental health – I lost a lot of sleep, experienced the stress that comes from putting oneself out there over and over, and ultimately got pulled in too many directions to be really effective at anything. Add to that some disrespect from a couple of members of my union executive which has caused me difficulty in my union-management relationships – and it was a rather hard few months.

So I’m facing myself in 2018, and I’m back at a daily practice, to which I’ve decided to add a bit more formality and ritual. Last year I added a daily dedication of practice at the end of each sit, in addition to the robe chant at the beginning (since May I have been wearing my jukai robe – the rakusu I completed for my ceremony in March, which necessitates a chant before wearing). This year I am adding four bows before and after practice – one for each of the great vows*, in addition to a weekly recitation of my precept vows.

Since moving to Gabriola, the thing I have missed most is my zen practice community in Vancouver. When moving here, I had set an intention to go back frequently – which I did for the first six months – but because I filled my life with too many other things, that dropped off in the spring. In particular, I missed the November sesshin at Loon Lake this year – a seven day retreat which I had committed to doing,  due to work conflicts and a particularly demanding workload. During this period, I became very worried about *ever* being out of touch because people pretty much screw my work up whenever I am not there. This sounds egotistical but it is not – it’s not because I am so good at my job this happens – it’s because my workload is so huge that almost no one else can parse what is going on with it when I’m not around to answer questions. That is at least the story I have been telling myself and so it’s been very hard to break away and go into silent retreat.

The disconnect from spiritual community and practice has been at least one factor in my difficulties of the fall – while overwork got me there, inattention to the details of my life needs – kept me there.

So back to bowing. While I can increase my attendance at retreats and the meditation centre somewhat, it is not practical to go to Vancouver every week to meet with teachers and dharma friends. And yes, there are people who meditate on Gabriola, but I have not found a home with those groups as they tend to be polyglot Buddhism/new age belief which holds little interest for me (I don’t believe that form is what gets us enlightened, but form is the container for practice).  So I’m left on my own a great deal of the time – and that’s where formalizing practice and engaging in self-study to a more serious degree come in. Bowing is something that I both love and hate – the act of submission is freeing, while getting up and down off the floor is tiring – and thus it has both ritual and resistance at work.

The late Suzuki Roshi said – “Bowing is a very serious practice. You should be prepared to bow, even in your last moment. Even though it is impossible to get rid of our self-centered desires, we have to do it. Our true nature wants us to.” (More of what he said about bowing in that dharma talk can be found over at Tricycle magazine – or you can find it in Zen Mind, Beginner’s Mind.) For me bowing is like getting to the top of the breath – it is the place where no thinking happens, just doing – standing, then on the floor, then standing, then on the floor. Hands up, head down before the altar.

I once heard Norman Fischer talk about assigning someone 138 bows per day as a remedy for something the individual was stuck on. 138 bows! I remember thinking – well, if nothing else, that guy would have been in good physical shape from all that up and down – because really, a prostrated bow is just a burpee done in slow motion (and without the pushup). It’s like meditating and improving one’s core strength at the same time!

But since no one has told me to do 138 bows per day as some sort of spiritual strengthening exercise – I’m going with eight for now – and some visits to the zendo in my very near future.

* Some versions of the four great vows:

Mountain Rain version (the one I use):