My fall has started off full of lovely things, but as usual – it isn’t leaving much time for sewing or making, except what I carve out during the weeks. This past weekend was no exception – I had a concert, a four-hour meditation class, a dinner party, and band practice – as well as some much-needed hang out time with Brian. So I haven’t progressed on my current sewing project at all, though I did manage to fit some sweater knitting in during the TV-watching phase of hanging out on Sunday.

The Paulie sweater body is now about four inches from being done and I am very pleased with the fit – it’s hard to tell from this photo, because the stockinette is curled under, but it comes together to within a half inch when pulled out – and there are still button bands to be added. I think it’s going to work with a few more increases around the hips – and if anything, it might be a bit bit (which I don’t mind as long as it doesn’t bag out):

The Beacon Shawl is also moving along, but there is really nothing to show there because it is just endless garter stitch in one colour right now. Once I start on the gradient, it will get interesting again. 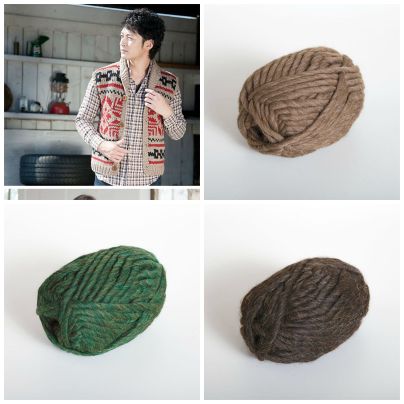 I’ve ordered the yarn from KnitPicks – an Alpaca/Wool blend (pictured) – which I hope will arrive next week so I can get started on this. In the meantime I’m going to practice some stranded colourwork techniques to see if I can get the hang of two-handed knitting, or what method I might prefer to work in. This pattern is knitting flat (not in the round and then steeked) which makes me a bit more confident – cutting my knitting feels a little too advanced for me at this juncture.

I’ve been at this knitting thing now since June and I am pretty happy with my progress on the skills front. I can now knit an even stockinette stitch on small needles, I know how to pick up a dropped stitch using a crochet hook, and I have a basic idea of how gauge works when it comes to knitting (versus crochet). I am not a super-speedy knitter, but I don’t think I ever will be – speed isn’t really my goal – but I think I move along at a respectable pace. I’m looking forward to another skill-building project in the form of this KAL – which includes helpful notes and thoughts from a panel of really experienced knitters and knit-wear designers.

I am feeling the need to get back to crochet at some point in the very near future as well – I’ve got a thread-weight curtain in my queue which offers me months of time with the hook in my hand – but at the moment I’m a bit knitting-obsessed.