Post #1985: In which I confess to purchasing canning supplies over clothing…… 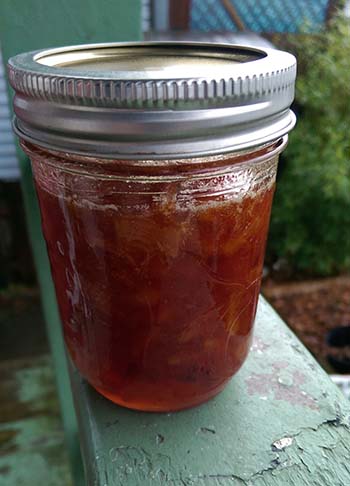 I had $200 set aside to buy myself some new clothes this paycheque and instead I took that money and spent it all on a bulk order of canning lids – enough to last me through two canning seasons (about 800 lids – they come by weight, so piece number of approximate). I’m not sure whether that says that I am meh about buying new clothes, or fanatical about being right on the cusp of another canning season – but it’s probably a mix of both.

I’m meh about the clothing because 1) I mainly only purchase the boring kind of clothes – underwear, jeans, yoga pants and t-shirts (and try to make the rest) and 2) I am at a heavier weight than I would like to be at the moment and actively working to change that.

I’m stoked about the canning because – omigod I got to fill the basement with food again! Also, we really ate down our canning in a serious way this year and I’m proud of the fact that after years of canning, we are actually eating most of what we can (it’s taken me years to get realistic about what and how much we actually need in the canned goods department).

In any case, it’s not quite BC canning season – so all that excitement is currently confined to reading canning books and pressure canning the odd batches of broth and beans (4 quarts of bone broth, 16 pints of beans this weekend) to satisfy my larder. I’ve found a couple new-ish books recently (both modern and practical) that I’m quite pleased about  – I will write reviews in the near future – but since this post isn’t a book review I’m going to leave those alone for now.

Point being that I found a recipe for blood-orange and meyer lemon marmalade in one of those books on the weekend that got me all hot and bothered – not because I love marmalade so much but because the idea of red citrus in the grey of March is oh-so-pleasing to me. And so I added the ingredients to my Saturday shopping list – only to discover that while blood oranges are everywhere right now, I could not get meyer lemons in any of the local shops (I swear I saw some earlier this week at Donalds…..)

So instead I settled on blood oranges alone and turned to the Internet to find a different recipe – one that called for the oranges alone….. and of course I was pretty much instantaneously rewarded with a Small Batch Blood Orange Marmalade recipe over at Food in Jars. Of course I decided to double it – three jars never being enough of anything for me (well except the sage flower jelly, I sure never needed six jars of that, although it does look pretty on the shelf). This recipe is particularly nice because instead of removing all the white pith, the process calls for soaking the oranges and rinds overnight in water which softens things up and evens out the bitter flavours. I did the orange prep on Saturday and yesterday when I returned from the zendo, I set those two pounds of chopped oranges to cook with five cups of sugar. Because I was doing other things and didn’t want to risk burning or boiling over I set these to simmer on low heat over many hours (five or so) before they met the gelling test (frozen plate, temperature @ 220, sheeting off spoon) and I put six half-pints the colour of a sunset into a pot of boiling water for sealing.

The picture at the top of this post is, of course, proof of my patience and I’ve set a task for my husband and step-daughter this week: find the perfect scone recipe to go with this beautiful jam!