I don’t write about being a union steward very often – the person in the workplace who marshals people through difficult discussions, grievances, and disciplinary procedures on a near-daily basis…. It’s part of my commitment to civil society, really. My volunteer effort. My desire to be good.  It also breaks up my workday, give me perspective on human life and problems, and provides a relevant service to people which helps them and ultimately helps me. It is both altruistic and self-gratifying and even when I’m in a period with really heavy cases (right now there are several on my plate) I get why I do it.

This morning, however, I came to work to discover that one of the people I have been representing in a disciplinary matter has sent an email that simultaneously insults his manager and his supervisor, while implicating his union rep (me) by invoking my “advice”. Of course, he has done exactly the opposite of my advice (I told him to send an email to the manager recognizing that his supervisor has the right to respect in communications) because he believes himself blameless and to have rights that he does not have. He also believes the union to have the power to direct management and to get him a new job (he is facing layoff, like many people). Let’s just say that as a worker on the margins, he has lobbed a shot which only further diminishes his chance of holding onto something around here.

This is in stark contrast to the person I was working with yesterday afternoon who showed up to a meeting with her manager totally organized, thoughts laid out and communicated respectfully, goals clearly articulated. She looked to me only once to elaborate on some aspect of sick leave as understood by the union, but otherwise presented her issues on her own.

Which has me thinking about what it is I am exactly here for – because most people truly do sink or swim on their own ability to control their emotions, and it is rare than any advocate can “save” someone who has thrown themselves into the chuck. I mainly hang around to ensure that people are treated to fair process and guidelines under the various agreements and legislation which regulate our employment, and sometimes I am just here to let people rant or give a kind ear too. But I am rarely (read never) able to pull someone down from the ledge who is hellbent on throwing themselves off of it.

That’s something I didn’t understand when I started in this role ten years ago. I used to get tied up about it, fretful about my own need to “save” people from losing their job or having a difficult time – a “need” which I have learned is much more about my own self-image than anything and which isn’t a need at all. It’s something I’ve been giving up my grip on slowly, and the first person I mentioned in this article has been a great lesson for me in doing just that (I have been involved in his situation for three years). Which is to say that I have come to grips with the fact that I am only here to give advice, not to convince people to take it. Which is why I could read this stupid email-bomb this morning and just shrug, because I gave very clear advice on the issue last week and yesterday, and I know that is all I can do.

But still – *sigh*. So much more work generated by that one email!

In better news, here are some photos of this month’s projects – all gifts! The top wool wrap was given to my sister-in-law this weekend and she professed to love it. The middle one is for a Rav swap I am doing in February. And the third is a scarf I made out of leftover wool/silk and am giving to a friend this weekend (late birthday/Christmas present). I have one more project to block, which brings my total to six projects for the month.

Now, if only I could find some time at the sewing table  to match this crochet output! I’ve got two dresses and a spring coat just hollering to be made. 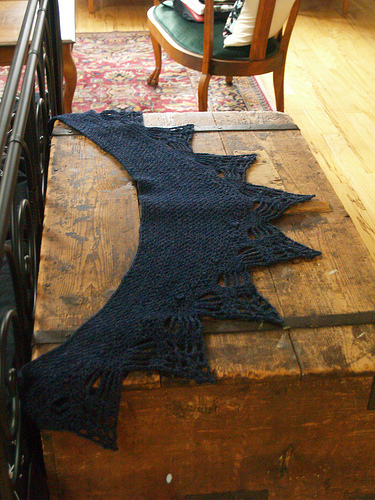 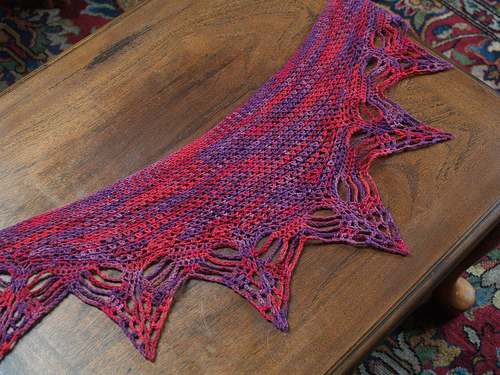 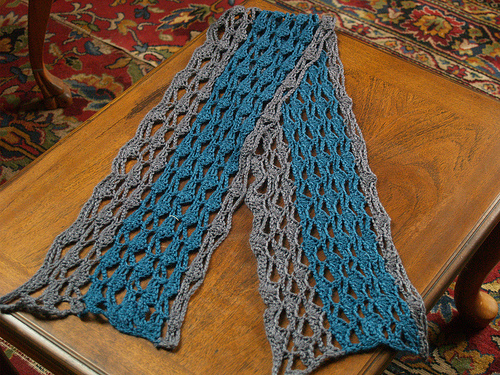 ← All of what is me right now.
Puzzles and patterns. →

Super quick and fun holiday Monday project using studio remnants to make a little envelope bag to carry embroidery or other small hand sewing projects in. I've been looking for something to put that cross stitch patch on for years! #textilestudio #crossstitch #embroidery #sewing
I haven't been making much in the way of textiles lately due to some work-life stuff but I got in the studio this weekend and new ideas are percolating. #textilestudio #sewistsofinstagram #embroidery #letsseehowthisgoes
Pair Number 5 in my #year of socks. DK weight, pattern from @the_woolnest Sock Bible. #knitting #knittersofinstagram #textilestudio
A thing that I finished while watching tv on the couch this week. Pair number 4 of socks (for my sweetie). @biscotteyarns @the_woolnest #knittingallthethings #yearofsocks
One thing about being sick and on the couch is that I had some time to finish hand sewing the binding onto this quilt yesterday. I started this project 4 years ago, and it is finally bed ready! #quiltsofinstagram #quiltersofawesome #quiltinglove #textilestudio #textiledesign
I cleaned and tidied the pantry today, ordered more bulk canning lids for the season and pressure canned some chicken stock and some navy bean soup. Feeling really productive and ready for the real start of canning season in a couple of months! #canningseason #canning #pantrygoals #pantryorganization
What am I going to do with these? So many options! #quiltsofinstagram #quiltersofawesome #textilestudio
Finished hand binding this quilt today and now it's ready for use! #quiltsofinstagram #quiltersofawesome #textilestudio
Fabric for spring dresses to ward off the grey days. Plan to make two of the #rumidress by @christinehaynes with these jersey prints mailed to me by @threadcountfabrics this week. #isewmyownclothes #diywardrobe #sewistsofinstagram #textilestudio #sewcialists
Finally got something back on the loom. Weave structure is plaited twill on 8 shafts and fabric is destined to become towels with several different treadling patterns to keep things interesting. #weavingdesign #textilestudio #weaverfever #weaversofinstagram
Socks #3. Self striping yarn by @urthyarns , toe-up. Afterthought heel. I didn't really love cutting the waste-yarn to put in the heel, way too many things could go wrong there, but I managed to do it twice without any mishap except a dropped stitch. These ones are for me! #yearofsocks #knittingallthethings #sockknitting #knittersofinstagram #textilestudio
A return to knitting in bars! At the Gabriola Open Mic on a Monday night. #knitallthethings #knittersofinstagram #textilestudio #kniteverywhere