In the garden first week of spring!


We got two full days of sun on the weekend which lead to a flurry of garden activity for the first time since I got the pea trellis and the vertical garden frame installed in February. There was the lemon/lime tree planting last week, but the awesome weather really allowed for us to get going on the garden prep. B and I working together managed to:

About the Tea bush 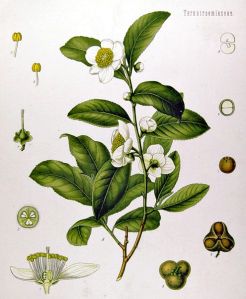 When I purchased the lemon and lime trees from Bob Duncan, I noticed he also had tea bushes for sale. This intrigued me, even though I didn’t know much at the moment I put my $25 down – but since then I’ve only grown more excited about the possibilities of growing my own tea.

According to Wikipedia: “Camellia sinensis is mainly cultivated in tropical and subtropical climates, in areas with at least 127 cm. (50 inches) of rainfall a year. However, the clonal one is commercially cultivated from the equator to as far north as Cornwall on the UK mainland.” Even more interesting is that black, green and white tea (and twig tea) are all from the same plant – but varied processing techniques create several final tea products.

Although I had to plant the tea bush in the north-facing backyard (the south-facing yard gets even less sun), I chose one warmer spots beside the bookshed, which gives it some further protection from the overhang. I’m hoping this will be a satisfactory spot for the tea plant. I have a rosemary flourishing along that wall at present and since it likes similar climactic conditions as the camellia, I thought it was the best option available.

My understanding is that the Camellia sinensis is best kept pruned as a bush (even though it will grow in height) for easier harvesting, and that I shouldn’t try to take any tea from it for at least a couple of years. Hopefully I will keep it alive that long and learn about processing tea of my very own!