Don’t worry about the extra underwear 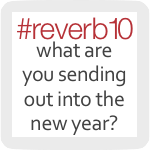 I’ve got a bit of a headache today and I’m on a ferry to Fanny Bay, so I’m not feeling particularly cogent. The ferry is full, it’s loud in the cafe, and I forgot to bring my headphones to block out the frantic children noises. Complaint. Complaint. Have I mentioned recently that Christmas is really not my time of year?

I missed writing yesterday because I got absorbed in finishing a quilt top that I started last summer (which can be seen here) and I couldn’t focus on anything else until it was done. I tend to be like that with projects — they can languish forever if I’m unsure about the outcome, but when I have the final vision in my head I can’t stop thinking about it until it’s finished. The quilting part comes next, but I’m going to hold off on that until I get a new sewing machine that can handle the quilting process better. While I *can* quilt on my machine, it’s a pretty low-end job and far more frustrating than it needs to be.

So the prompt yesterday encouraged me to project five years into the future and write a letter to myself right now. As noted above, I’m not at my most eloquent this morning and so I’m not going to force some flowery, compassionate letter out of myself. Instead, I’ve written a series of post-it notes/reminders from the future which follows:

← An excuse for a new sewing machine?
Travel planning →