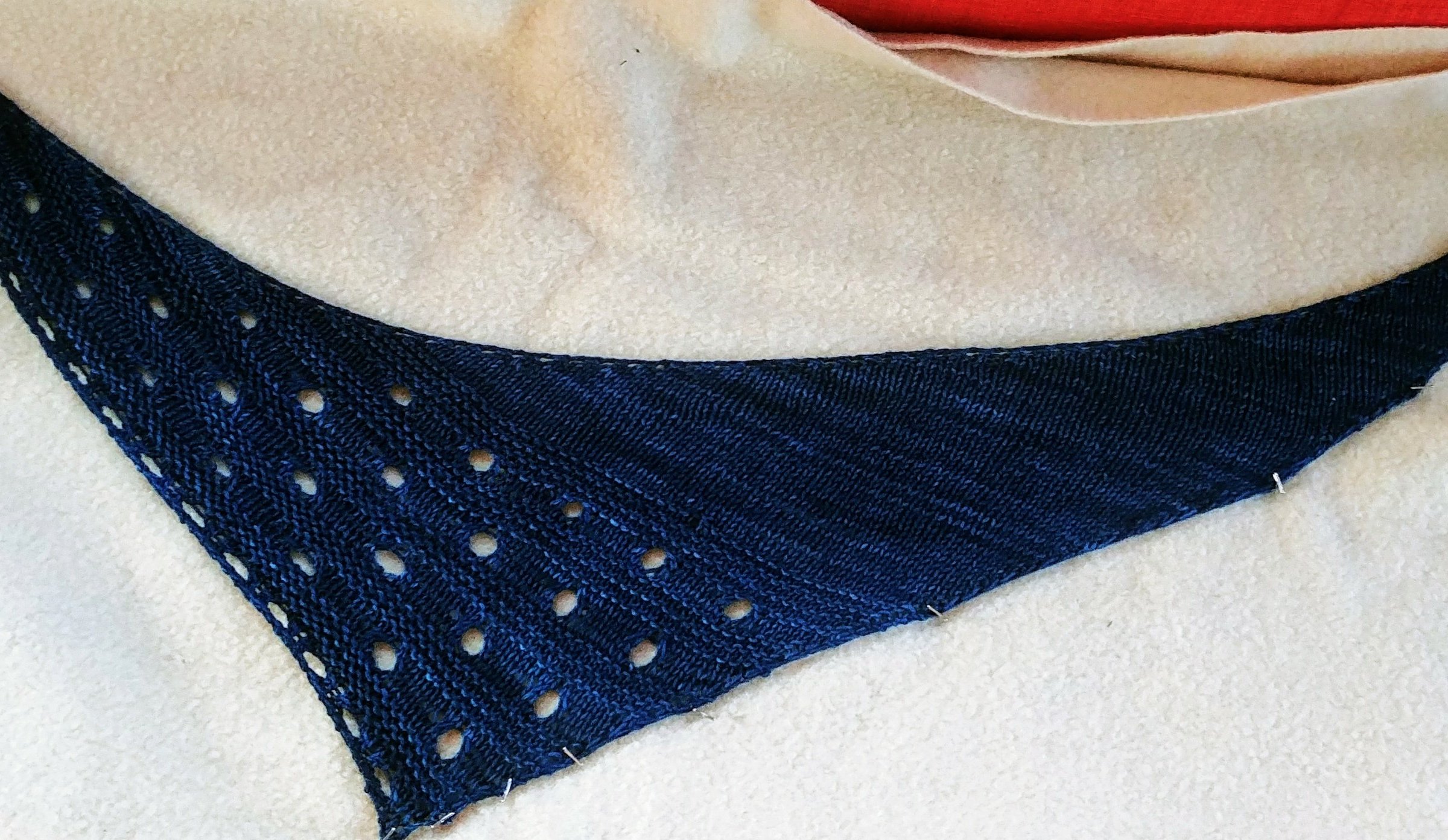 I feel like it’s time for a maker update, since I’ve got so many projects on the go at the moment. Even though I don’t have a big goal this year to “make 100 things”, I can’t stop myself from planning and starting one project after another.

So, I’ve just finished an Embark Shawlette, made with some Malabrigo Rios that my step-daughter gave to me last year – that’s the picture you see up above in the featured image spot. That knit was so great, because I finished it over a weekend and it has a lovely shape and feel. This is going into the mail tomorrow to my friend Alanna – because she ooed and ahed over the yarn so much that I felt like she truly needed to own something made of it. I am going to make this again for myself – out of some Sweet George worsted yarn I snagged while in Vancouver last week.

A much longer and more complicated knit on my needles at the moment is this Leaf Lace Scarf which I’m knitting out of some bright Wollemeise that I received in a swap last year around this time: 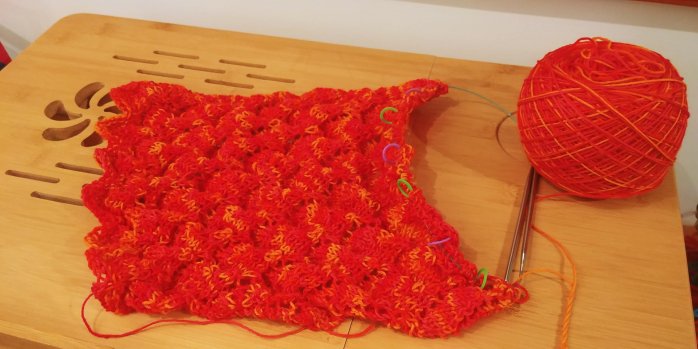 I love this yarn, but it was hard to figure out what to do with it – a leaf lace feels right and although you can’t tell from the photo because of the scrunchiness of pre-blocked lace – it’s working up very nicely.

Also on the needles right now is the Escarpment cowl, knitted.with some Sugar Bush Motley, an alpaca and yarn blend made in Canada. I wasnt sure how this would knit up and am oh so pleased by the gradient. Thinking the other ball of this (in a different colourway) might get used as some weft in a rigid heddle project, though it knits so nicely!

And finally, here are all the pieces of a cardigan that now need seaming together. Ive been working on this since fall and need to get it done.

In sewing news I have two tops, a Weber tank and a Blackwood cardigan that i cut out before xmas and need sewing. And while in Vancouver I bought fabric for making pants so that will be my next foray. I haven’t sewn many pairs of pants (maybe 2) but it’s time I get more comfotable with their construction.

In general I am so unhappy with garment quality in the rack these days that I am motivated to make more or all of my clothing again. At Atex in Vancouver I spent $70 on enough fabric for three pairs of pants. Good quality denim, linen, and twill. Now I just need the patterns to go with and I’ll be making trousers for spring wear.