Since my posting record has been a bit lacking lately, I went through my photos of the last month this morning in order to share a little of what has been up in our Gabriola lives. It has been a bit of a wacky time – we had a significant power/Internet/phone outage (power was out for two days, Internet and phone lines down for six), and in addition to that a water pipe was chewed through by a mouse and burst into the kitchen while I was home on my own and had no ability to telephone anyone on the island; work has been busy; we had a house full of guests for Thanksgiving weekend. But as you can see from the photos, it has been the most fall-ish of times and I am well into the season. So far this fall I/we have: 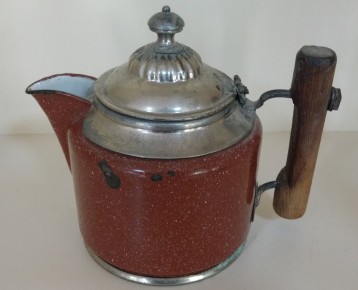 Received this gift from my mother – the coffee pot my great-grandparents brought to their BC homestead in the late 1800s. 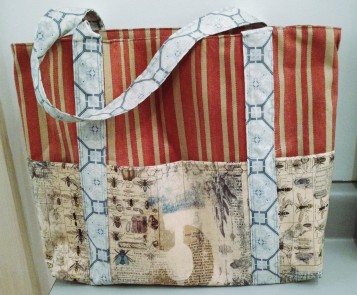 Made a new tote bag out of Eclectic Elements fabric. 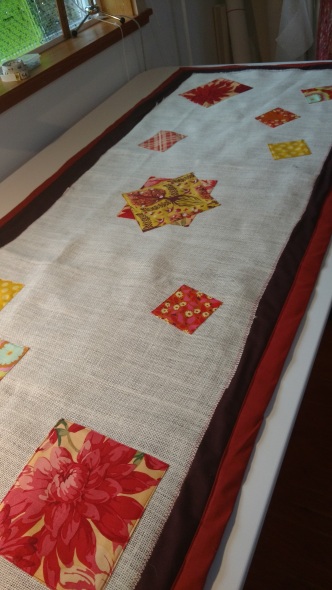 Made linens – a table runner – for Thanksgiving dinner. 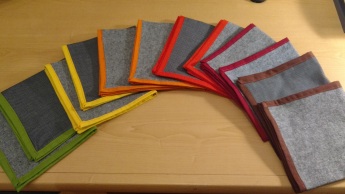 Made linens – napkins – for Thanksgiving dinner. 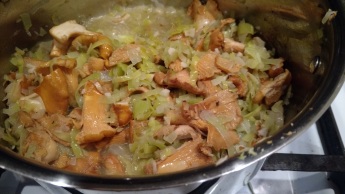 Made a big pot of chantrelle mushroom soup! 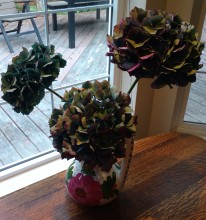 Picked some of the last hydrangeas for drying in the windowsill. 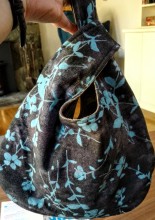 Made a japanese knot bag – perfect for small projects. 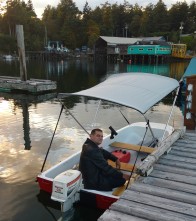 Got our boat all fixed up and in the water.

Was given this beautiful felted work by my friend Zed. 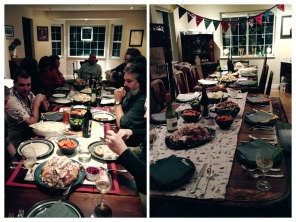 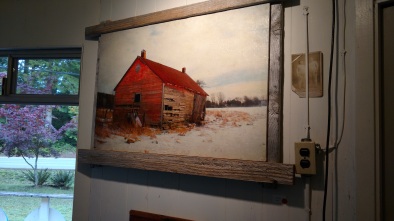 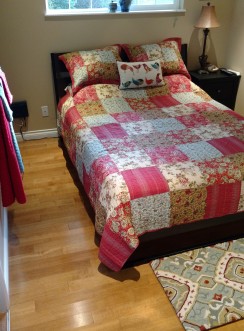 Was given new bedding for the guest room. 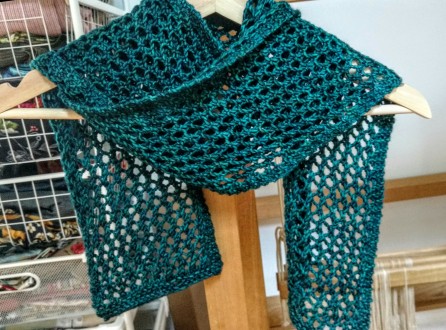 Every Tuesday I go for a walk with a friend and for the last several weeks she has brought me #asparagus from her garden. I think this week might be the last of it so I made a simple tart for dinner to honour this most excellent spring treat. #localharvest #icookmyownfood #superyum
First of the season strawberries from @watercliffpermaculturefarm with fresh made greek yogurt for the win. #bestdessert
Ah! The satisfaction of a new pair of pants fresh off the sewing machine. #sewhouseseven #freerangeslacks is my current favourite pants pattern now that I have modded it to fit me well. #modafabrics #borowovens line was the perfect choice for a pair of lightweight pants for summer. Thanks to @spoolofthread for carrying such great garment fabrics lately! I need more of these! #memademay2020 #isewmyownclothes #sewistsifinstagram #diywardrobe #stayhomeandsew #sewinginreallife #sewingbasics
This might well be the finest batch of rhubarb ketchup I have ever made. Last year's canned tomatoes and this year's rhubarb from #gabriolaisland farmers. #canning #bcfarmersmarket #rhubarb #steamcanning
Haven't posted a #memademay2020 selfie since last week. Not that I haven't been wearing me-made things but I don't have a big wardrobe of stuff at the moment so it gets a bit boring. Today I'm wearing a pair of #closetcasepatterns #pietrapants in light denim and a #unionsttee that I sewed out of fifty cents of dark purple cotton jersey that I bought at the #gabriolaisland recycling org (GIRO) a few months ago. I need some new clothes but I've lost my sewjo a bit lately. Once the nice weather comes I don't like being in my studio as much! #isewmyownclothes #stayhomeandsew #sewinginreallife #sewistsofinstagram #memademay #diywardrobe
More bread experiments. Today I baked a sourdough sandwich loaf which I believed I didn't have to score denser crumb, less springy dough, baked in a loaf pan). Not so! It split itself instead. But no matter, because it still made an excellent fried egg sandwich for lunch.
%d bloggers like this: