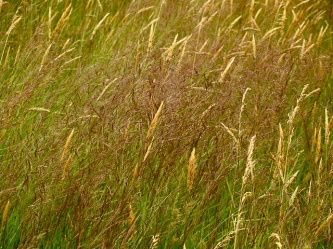 Twelve years after co-founding the Resist! Collective, I have finally given up my resist.ca email address – the last vestige of my involvement in that project (my actual contribution and membership ceasing about three years ago now). In actual fact, I thought I had already given it up until a friend mentioned trying to reach me at it and so I checked…. and it was still there. So no more Resist! account for me. Not only because it has become a massive spam trap, but because in the last handful of years I have moved steadily away from resistance as a governing philosophy.

See, back in my other days (I don’t want to say younger because that implies that somehow I have grown up and this isn’t about some judgey “older” me looking back) I really cultivated a lot of my identity around being in resistance to the government, to industrial development, to the social order that embodied racism/sexism/homophobia. On one level, this makes a lot of sense if you have any feelings about social justice, empathy with the downtrodden, or aspirations to creating a better world. Of course you must resist what is in order to open up the space for things to change.

Which is certainly what I believed for a very long time, as have most of the people I surrounded myself with over the years. Resistance to the way things are as a badge of honour, an orientation allowing the righteous few (myself included) to stand apart, not to mention the purity that comes with being able to say “I am not a part of this world so don’t blame me for the mess we are in.” From as early as I remember, this was the only way of being that occurred to me – for who wouldn’t be in opposition to the unfairness and cruelty in the world?

As time went on, I traveled this road of thought, through my punk rock years into university activism, into confrontations with the police and close encounters with the law. I grew up in a community of people who opposed the same things I did, recasting my anger as “militancy” and setting my own need for struggle above the needs of others. It’s easy to do such things when you believe you were called for a higher purpose, as I did (and as most people with revolution in their blood do).

But a few years ago, that stance began to change – propelled by a depression and some rather disastrous events in my life which sent me deep into myself and to living alone in a small town. The combination of a mental health challenges and the aforementioned events (preceded by the death of my political mentor) stripped away many people from my life, tearing me down to my roots and leaving me bereft of the “community” who had until that point, comprised my sense of home in the world. I was raw, I was opened, I was ruined….. and it was in this state of being that the seeds of change took root, though it wasn’t until a couple of years after my return to the city in 2006 that I felt them growing inside me.

I first noticed this change, this shift away from resistance as an orientation, in the years that followed as I grew increasingly uncomfortable around anger and negativity, even in the context of protest. Rather than being inspired by activists fighting with the cops (a sure sign of “militancy” in my other days), I found myself turned off, disinterested, and at times – frightened. After a few personal encounters with radical people that left me scared and disgusted – I found myself withdrawing from protest activism altogether, removing people from my Facebook who I realized I had no trust with nor respect for any longer (I am sure that some of those people feel the same way about me – these types of ruptures are never clean). I had always thought that I would take a step back and then find my way back to something that resembled my former life — but now seven years later, that hasn’t happened and I no longer want it to.

I have been thinking about this lately, having written two academic papers in the last year which explored some of this history, not to mention finding an interest in meditation – a practice of openness and acceptance. Both of these things – the attempt to articulate my experience, as well as the practice of sitting in awareness and reflection have been useful in helping me to sort out the what from the what in all of this.

That is, I’ve been reflecting a lot on the fact that while my orientation has become more positive and less confrontational over time, my commitment to being a part of creating a more equitable world for all has not waned in the slightest. It’s not the what, it’s the how I suppose, and I’m still trying to figure out what that means.

Most definitely I am thinking a lot about acceptance, and the various ways in which we understand that concept in the context of also identifying injustice in the world and working to change it. Is is possible to come to a place of accepting the world as it is – thus removing fruitless anger from the equation – and then take the otherwise angry energy in a direction towards change?

“Acceptance does not mean fatalism. It does not mean capitulation to some slaughtering predestination. Those who follow Tao do not believe in being helpless…… Acceptance is a dynamic act. It should not signal inertness, stagnation, or inactivity. One should simply ascertain what the situation requires and then implement what one thinks is best. As long as one’s deeds are in accord with the time and one leaves no sloppy traces, then the action is correct.”

Simply reacting to injustice out of a need to oppose, to resist – so often blinds us to what actually effective action might look like, and negates the possibility of a loving response – something the world could use a lot more of. Which is not to argue against gatherings, demonstrations and protests – but to engage with a question of what an “acceptance” stance might look like instead of one of “resistance”. And it’s also to enlarge the parameters of how we define activism to incorporate the many small acts each of us do in co-creating positive, welcoming communities – not to mention the many small steps many of us take to liberate ourselves from the corporate gridlock. Acceptance as a principle also allows that each and every interaction we have offers an opportunity for transformation (change/assistance/support/exchange) to take place. Resistance, by its very definition, is inflexible – locked into position for the duration of the struggle that ensues.

But acceptance is difficult, and it enrages the three-year-old inside of me, the one who was told over and over “whoever said life was fair?” and was determined to grow up and prove my father wrong, to restore justice to myself and to others because it was the only way I could ease my small, sore heart. Acceptance to the way things are  is very rarely my first response and it takes me effort to maintain it once I’ve got there. However! Like everything worth cultivating – gratitude, respect for others, love, compassion – it gets easier with practice. At least I expect it does, because I haven’t gotten to the place where it’s exactly easy yet. I’m just practicing at it, playing with, observing whether it works for me or not. Though what I can say from this limited vantage point is that it is definitely easier to start from a place of acceptance than one of resistance – so many more outcomes are possible.

As for turning that into a full-fledged governing philosophy? I’ll let you know how it goes.

← Sewing Notebook: Selfie in new tunic
To be a good human….. →