Stitching (and sneezing) in the new year! 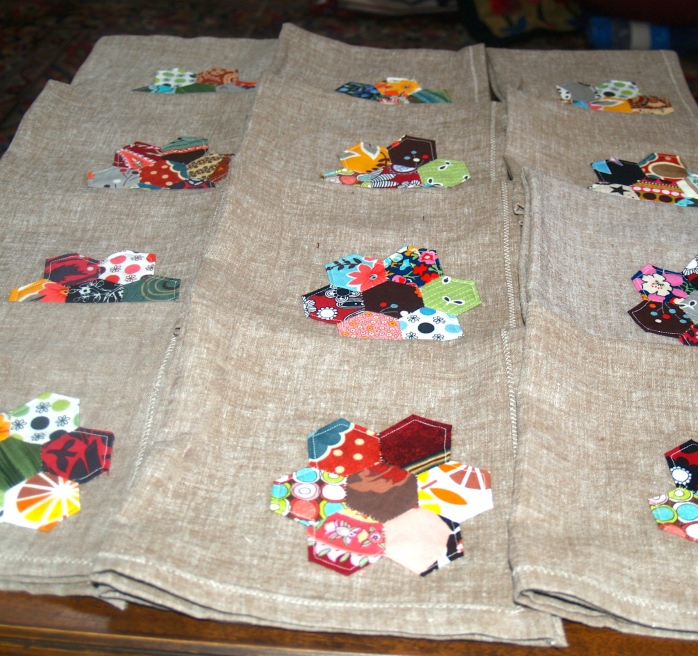 This feels like a bit of a cheat because I made the linen napkin blanks way back in early 2013, but all the flowers were hand-pieced and stitched on in 2014 – so it still counts as the first sewing project of the year.

I made a set of these for a friend overseas and so loved them that I wanted a dozen for my own dining room table (which seats up that many people at its max) – but somehow the project only got half done.

Fortunately I was too sick to leave the house from Thursday to Sunday (and man, have I ever been sick!) so I ended up watching a lot of TV and hand-piecing these hexagon flowers. I’ve got a table runner to go with that I’ve been working on since the spring and I’m hoping to get that done in the next month as well.

While I did a lot of sewing at the start of 2013, I really haven’t been at my machine for months now and I’ve been missing having new clothes and household items. While I could just start buying things, I find that prospect really uninspiring…. So I intend to keep the stitching up now that I’m on the mend (get it — on the mend!)