Why the future doesn’t matter. 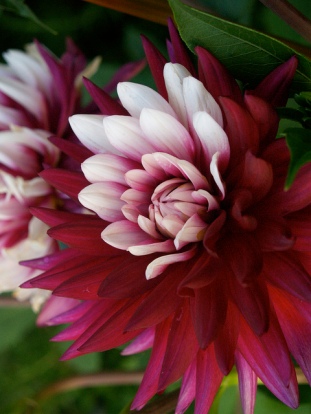 As much as I hate to admit it, I spent most of last week and my entire weekend in a low-grade state of worry. It wasn’t so much that I was actively worrying, but the undercurrent of all activities was tinged with a certain type of exhaustion, short-temperedness and despair. These are all signs that I’m anxious and I know from previous experience that if I don’t reign those in, they eventually become a depression fueled by the insomnia that is triggered by the worried state.

I was conscious of the worry, and even had two separate, concrete events to pin it to  – both of which were to take place yesterday. For you see, the scheduling gods somehow saw it fit to ensure that I had both a thyroid biopsy and a public speaking event on the same day, but not at the same time so I couldn’t change either for lack of availability. Hospital appointments with specialists are notoriously impossible to change – and my public speaking events was a course-delivery I had volunteered to give as part of a week of workplace learning events. Like the biopsy, it was not something I could move the date of.

And so I was steeled for needles poked in my throat in the morning followed by delivering two and a half hours of educational entertainment to 26 co-workers. I don’t think I’m alone in describing this as a kind of day from hell….. particularly as post-biopsy (I’ve had three previously) I feel pretty *off* for several hours after the event. Of all my catrastrophizing scenarios I thought the worst would be some combination of being delayed at the hospital, showing up late the my event, having my neck erupt in spontaneous bleeding and perhaps being faint or passing out in front of my co-workers. And even though I didn’t think that scenario was particularly real, the fact I thought of it at all is because my mind was working some serious overtime on all the possible outcomes of this combination of appointments. Even the fact I had arranged for back-up in case I couldn’t attend the learning session did not stop me from worrying that my staff would resent me forever if I failed to show up and made them do my work.

So…. you can probably see where this is going right? But heading into yesterday, I could not see there was any other outcome than biopsy first, woozy speaking engagement second……. because that was planned, and I had fretted on that plan all weekend.

But no. For one thing the biopsy doctor was confused about why my thyroid doctor had even sent me for another biopsy since the last two were benign and nothing much has changed in the last year. I had two ultrasounds done yesterday (one by a technician and one by the biopsy doc) and after a couple hours of waiting around and having this non-invasive procedure and some conversation I was free to go without any needles being stuck in me at all. (Also, the biopsy doc confirmed some intuition I’ve been having that my throat doc is a bit test-happy and possibly even surgery-happy and it’s okay for me to dictate the terms of my own medical care.)

Then, after a couple hours at work I headed up to give my afternoon course at UBC Robson Square to what I was told would be a packed room. I arrived to discover that only four people were enrolled and one had dropped out for the afternoon. Which meant that besides my workmates who were there for moral support, there were only three people in the room. Three! Which was good for a chuckle and made for a much more relaxed presentation.

Had I known all weekend that I would get a throat ultrasound and then ended up in conversation with three work peers for an afternoon – would I have worried? Not at all. But because I *thought* it was going to be this way bigger deal of a day, I did worry and it ruined my meditations and made me difficult to be around!

So, in conclusion – note to self – worry or not, the outcome is not in your control! Things can turn out way better than your imagination tells you they will! So stop worrying about the future and live in the present (but don’t stop laughing at yourself, cause that was the best part of yesterday).

As part of my Making Do theme for the year, I am working with yarns and fabrics I have on hand as much as possible. I have a fairly decent collection of stuff, so this isn't exactly a hardship.
Apparently, I am not done with the huck lace form. Took my towels off the loom yesterday, wet finished, and started hemming. This morning over coffee, I sketched out my next weave plan, which I'm hoping to wind the warp for tonight.
My favourite weaving moment is pulling the cloth from the beam even though it marks the need to start dressing the loom all over again.
I love seeing the finished cloth build up on the cloth beam. Six of eight tea towels woven!
Dress-hemming by hand for invisible stitches. Always worth the time for the nicest finish.
I've been wearing this alpaca/tencel twill wrap for two weeks and just realized I hadn't posted the finished picture of it. It's my new favourite thing, and everyone who tries it on wants to keep it, so I know it's a winner. I traveled to Victoria today to make some family time, and this was part of my outfit!
Wondering about the dress? It's not quite finished - still needs some details inside and hemming, but I anticipate being done by Sunday.
From underneath the loom. Four of eight towels woven, with pretty consistent warp composition so far (no loose threads or sections, no breakage).
I *had* decided not to make a new dress for my birthday party next weekend, instead wearing one of the many me-made dresses I already own. But somehow I've found my way to cutting out the #sauviesundress pattern and laid it onto some beautiful Japanese fabric from my stash.
The second sock is well underway but not going nearly as fast as the first one. I would like to get this done by my birthday, which is in two weeks, so I need to get my stitches in!
Eight yards of neutral pallette to weave in grey and charcoal. Huck spot patterning is a very meditative weave. This suits my January state of being just fine.
Wound on and ready to weave.
Join 386 other subscribers