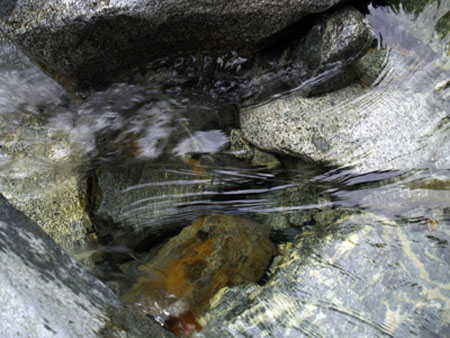 Despite all the good intentions, it’s been a long weekend of mostly lying around my apartment feeling sorry for myself. And I really am not sure why. Am I actually sick with something (as certain physical symptoms would indicate)? Or am I just descending into another bout with depression (as my general emotional state would attest to)? Is it just a period of nervous unrest manifesting exhaustion and sickness in my body? And if so – what can I do to stop it? (I’m trying everything I know but none of it is helping – and some stuff, like hiking, seems too much for me at the moment as I am physically wiped out for days afterwards.) Quite honestly, it’s frustrating and leaving me a bit angry with myself – betrayed in a way – I want to be better. Now. Right fucking now.

I am craving sugar and sex and other things that make me feel good momentarily – but I’m pretty sure that if I indulge in anything too much it will be to my detriment. And so instead, I lie on the couch and read and nap and visit people who come to my home. And I’m lonely when I’m by myself, but when I’m with other people I’m too tired to interact properly, and I’m afraid that there’s something really wrong with me while being simultaneously afraid that it’s all in my head…. I’m not sure if I should give into the temptation to rest or if that’s just feeding a latent depression that will get worse if I don’t force myself into interaction. It’s very strange anyhow. I feel very out of touch with myself and I’m not sure how to get back in.

I’m pretty sure that my naturopath would counsel me to sit with my depression (which she has in the past) but I don’t want to. I never do. It sucks and it frightens me how little control I have over it. If that’s what this is, I want none of it. But it could be just that I’m so exhausted that the symptoms look similar. And that’s really what I mostly feel – fatigued. And the fatigue makes me anxious (because I’ve got tons to do and I’m not doing it), and the anxiety makes me more fatigued, and then my inability to cope comes out and there. I’m depressed again. Simple. And I don’t know how to fix it. As usual (despite the rather optimistic end I wrote to my coming out piece about depression two years ago).

Hm. At least I can laugh at that. Okay. I’m going to try harder this week. No indulging in self-pity. Work every day. Lots of sleep. Healthy food. Lots of walking if the gym seems too much. Anyone else have surefire remedy for existential angst? I could probably use it right about now.

← Yeah, I'm going to keep living after all.
Inward, outward. →