More of this. Less of that. 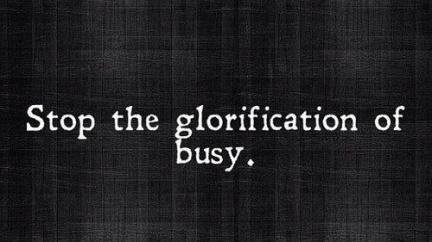 I am having a difficult time keeping up with the week – my brain feels compressed and it’s all I can do to keep the tasks straight to get from one place to the next. It’s a result of no downtime, really – days of work and evenings packed full with social engagements, rehearsals, classes. Tonight, it’s The Accordion Dance party – which my band, The Flying Folk Army is headlining…. And in between all of this I’ve been trying to read a book my professor loaned me last week (Rousseau’s Dog –  a popular history of the fight between Hume and Rousseau which I am gripped by), as well as work on my gift projects (I got four large quilt blocks completed this week and have been crocheting on the bus everyday on my way home from work).

And herein lies the struggle with busy that I have been working to disengage from for at least the last two years – starting with the last time I took on so much it almost destroyed me. (That was “emergency” collective bargaining that I got pulled into two years ago exactly – which sucked up three months of my life from start to finish and ruined my health, not to mention detracted from my wedding to Brian and the time I should have been spending just enjoying our being together).

Anyhow. Coming out of this period of what can only be described as institutional abuse, I made a firm commitment to *end* my relationship with my union on a leadership level – the single best decision I have made in the last decade. One way I managed to do that was by enrolling in a graduate program which gave me something to move into as more space opened in my life. And then I have also found that I have very naturally moved into more creative pursuits too – textiles in particular over the last year – but music has also made a reappearance in my life (somewhat spottily) in the last year.

Which just goes to show that once I ended one pursuit that was making me frantically busy, I just added a bunch more things that take up a great deal of my time.

BUT. After a year of being pretty much entirely free of union commitments (other than shop stewarding, which happens during work time) – I can acknowledge that even though I am doing almost as much as I was previously – THERE IS A HUGE DIFFERENCE IN TIME QUALITY. Yes, I fill up my days outside of work  – but I do it with

…..instead of meetings, petty in-fighting, feeling bad about how I’m not doing enough, and engaging in power struggles.

(PRO-tip: Rarely have I met a politician or union leader who seems to actually be an interesting person outside of their job. As in, they can’t talk about anything except work – and maybe the recent Okanagan wine tour they went on.)

Okay! So if I’m going to fill up my calender, it’s obviously better that be with things which bring me gratification and joy – rather than things which make me miserable and sad about the fate of humanity. But still. There is a balance to be struck – and these first two weeks of September are a reminder of how much I don’t want to feel frantic or burned out when I engage with activities I otherwise really enjoy.

Not to mention, I am trying to get away from being the kind of person who answers “BUSY” when asked how I am. I despise that answer (though it’s such a handy default) for all the reasons Penelope Trunk writes about here. The answer “BUSY” seems to me a lot like the people who won’t put their work-Blackberries away after hours — loaded with false importance.

And I don’t want to be that, despite the seduction of feeling included in everything. What I want to be is someone who is content with a variety of small moments – puttering at home, making things (even badly!), hanging out with my family, taking the dog for little walks . And while I think I have made a lot of progress on that front recently (this summer was just amazing for all the hanging around doing very little I got done), it’s very easy to suddenly get caught in the “I shoulds” and get overwhelmed by all the commitments I end up making.

So I’m going to work on prioritizing a bit better and actually “schedule” in some inviolable self-time every week. It’s about ego-awareness, really, and giving myself direction – and permission – to increase my capacity for healthy life-governance.

Still and all – I’m pretty excited about the gig tonight!

← Wednesday bits and pieces
Life at 4 km an hour. →

One Comment on “More of this. Less of that.”